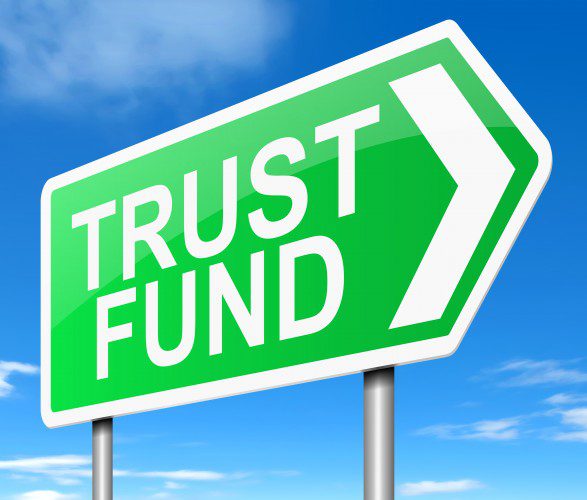 The use of Trusts for income splitting are requiring more sophisticated tax panning since the introduction of recent legislation such as the TOSI (tax on split income), also known as the “kiddie tax” rules.  However, a Trust can still be effective to fund the next generation and move income to even minor children.

The plan requires a shift in ownership of the assets from a parent/grandparent to their children/grandchildren.  While outright ownership of assets by a minor child can be imprudent and the loss of control of the asset may be concerning to the parent/grandparent, a shift in ownership can be achieved without relinquishing control and retaining interest in the asset by utilizing a Trust.  A Trust is a legal relationship in which a trustee holds assets on behalf and for the benefit of beneficiaries.   A discretionary trust will allow the trustee to use their discretion as to how much income or capital is distributed to each beneficiary.

With the growing complexity and recent changes to section 120.4 of the Canadian Income Tax Act (Act) that outline the TOSI rules, there has been significant confusion around family tax planning for families that own a small business.  However, the rules continue to allow for capital gains shifting.

The attribution rules in subsection 75(2) attribute back to the settlor any income earned from property put into the Trust if the settlor is also a beneficiary of the Trust.  Subsection 74.4(2) also considers assets transferred to a corporation (including a corporation owned by a Trust) in which one of the main purposes is to benefit the transferors spouse or child (considered a designated person per subsection 74.5(5)). Risks within these section needs to be carefully considered along with subsection 74.1(1) and section 74.2 which deal with attribution when splitting income with a spouse if a spouse is also a beneficiary of the Trust.  Using a prescribed rate loan (currently at 1.0%) or an outright disposition of the asset into the trust (where the Trust is able to pay for the asset at fair market value) could alleviate these risks.

The introduction of TOSI and section 120.4

While attribution would result in income being taxed back to the original attributor, the kiddie tax rules in section 120.4 are more punitive because where those rules apply, the income is taxed at the highest marginal tax rate.

In reaction to the series of court losses when applying attribution rules and new income splitting strategies being used by tax planners, the 1999 federal budget proposed taxing individuals under the age of 18 at the highest marginal tax rate.  These rules were detailed in section 120.4 of the Act entitled ‘tax on split income’ and dubbed the ‘kiddie tax rules’ and effective January 1, 2000 onwards.  The tax on split income (TOSI) applied to specified individuals who included individuals under the age of 18 that were Canadian residents and had at least one Canadian resident parent.  Split income included dividends, benefits and income receive from a partnership or a trust.  These revised rules made income splitting with children under the age of 18 punitive as the income would be taxed at the highest marginal tax rate (Donnelly, 2000).

It is interesting to note the legislated response to the court cases only addressed income split with minor children and maintained the ability to split income with spouses and adult children (which is now addressed in revised section 120.4).  There was significant opposition to the kiddie tax legislation when it was first introduced, including an outcry on fairness.

The fairness issue was brought up in the case Jeannotte v. The Queen, 2011.  Jeannotte, was represented by her grandfather as she was a minor.  Jeanotte received dividend income via a trust that was set up as part of a reorganization.  Justice Miller stated that the court must take the statute as it finds it and the court does not have the power to make an exception on fairness.  Jeannotte’s appeal was dismissed.

The new legislation also had the affect of self attribution to avoid the punitive TOSI.  In the case of Demers v. The Queen, 2006, the appellant successfully argued against the legitimacy of dividends issued to his children based on shares that were issued prior to 2000 when splitting income via dividends was good tax planning.  Although the only change to this plan resulted in the dividends issued to the appellant’s children would now be taxed at the highest tax rates – the new rule clearly had an impact on the application of the attribution rules.  While arguing TOSI, the minister was successful on attribution.

Donnelly argues in her concluding paragraph by quoting the then minister of finance, David Doge, that with the implementation of the government’s new TOSI rules (from the year 2000) the governments underlying objective is clearly  for “individuals who earn the same amount of income should pay the same amount of tax, regardless of the source of their income”.  (Donnelly, 2000).  However, the rules introduced in 2000 under section 120.4 that applied to individuals under the age of 18 lacked the excluded amounts detailed in the 2018 version of section 120.4 that apply to adults.  The benefit of time and the revised legislation allow a conclusion very different and independent of Donnelly’s.  This will include the historical legislation that considers acceptable forms of income splitting that have always been tolerable.

The original and revised section 120.4 address tax on split income, however capital gains are not included within the definition of income.

Taxing capital gains was not in the original tax acts in the United Kingdom or Canada.  Going as far back as 1904 in the case of Californian Copper Syndicate v. Harris, the Court of Exchequer of Scotland considered capital gains verse ordinary income and found that land containing copper that was acquired and sold by a corporation was taxable only because the acquisition and sale of the land was the business of that corporation.  This position was further debated in the United Kingdom case of Pearn v. Miller in the 1920’s where several properties that were purchased and subsequently resold were found not taxable by Justice Rowlatt where he noted in his orbiter “… when you are dealing with a difference between the purchase and sale of goods… you can only tax it, in my judgement, if you can say that was a trade or adventure or concern in the nature of trade.” (Richardson and Moore, 1995).

In Canada, with the introduction of the Canadian Income War Tax Act in 1917 and the subsequent significantly reformed 1948 Income Tax Act, courts continued with the United Kingdom jurisprudence in segregating income from accretion in capital as supported in analysis of s. 3 of those Acts.  The 1948 Act introduced for the first time the definition of business, borrowing from Justice Rowlatt to include an adventure or concern in the nature of trade (Richardson and Moore, 1995).

On December 22, 1966 the Report of the Royal Commission on Taxation, also known as the Carter Commission, was released.  The report said there is a lack of fairness in excluding accretion of capital (or capital gains) in the tax base.  The report found no significant economic distinction between capital gains and income in the modern business and investment environment and underlined a situation in which a tax advantage rests on the mere form in which the transaction is carried out (Carter et al, 1966).

The Carter Commission pushed towards equity and a comprehensive tax base which it said could only be achieved by fully taxing capital gains when realized.  The report also included provisions for integration so that dividends and capital gains would ultimately be treated equally and not be double taxed.  The report made an exception for capital gains on residential and farm properties (Carter et al, 1966).

The Department of Finance released a White Paper in 1969 titled Proposals for Tax Reform as an answer to the Carter Commission.  The White Paper recommended a one-half inclusion for capital gains to ensure Canadians would be in approximately the same tax position as most non-residents investing in Canada.  This was also the inclusion used in the United States.  It is noteworthy that the White Paper disagreed with the comprehensive tax base theory of the Carter Commission as the reason for including capital gains in the tax base.  Rather the White Paper the found the capital gains tax was necessary to increase the vertical and horizontal equity of the tax system, reduce high marginal tax rates and reduce the incentives for tax avoidance, particularly income stripping (Richardson and Moore, 1995).

On June 18, 1971 Bill C-259 was introduced and received royal assent on December 23, 1971.  This bill established the capital gains tax with a one-half inclusion in the significantly reformed 1972 Income Tax Act.  Principal residences were exempt, while dispositions of personal property with a value in excess of $1,000 were subject to the new tax.  Taxpayers were deemed to have disposed of their property on death, unless transferred to a spouse (Richardson and Moore, 1995).

In its simplest terms, a capital gain is the difference between the sale of an asset and the cost of that asset.  Section 38 of the Act notes a taxpayer is subject to tax on half the capital gain for the year from the disposition of property.  The capital gain is calculated as the proceeds of disposition less the adjusted cost base (ACB).

The distinction between income and capital gains and in consideration of the TOSI rules, a property constructed Trust that does not fall within the traps of the attribution rules can allocate capital gains to a minor beneficiary of the Trust and result in the gain being taxed in the child’s hands.