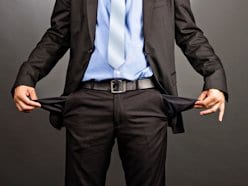 Making a loss on your investments can decrease your tax obligations – however an unclear understanding of losses that are not allowable under the tax act could render you with a loss without the tax benefit.

While losses are undesirable from a conventional perspective, they can be valuable from a taxation standpoint. This is because depending on the type of loss incurred, it may result in lowering your tax obligation or even garnering a refund. However the tax act has a number of rules that may deny or restrict the use of those valuable losses. Many of them relate to losses incurred via transactions between affiliated persons and their corporations.

There are exceptions to the superficial loss rules that mostly concern deemed dispositions.

The capital loss denied is added to the cost base of the re-acquired property. As such, the loss is not lost – but rather suspended until sold to a party outside the affiliated group. However, this requires meticulous record keeping.

This also includes a situation where only a portion of the assets disposed of are re-acquired. In that case, a pro-rata calculation of the superficial loss is made and added to the adjusted cost base of the re-acquired asset.

A simplified version of the calculation would be as follows:
Harper buys 500 common shares of a publicly traded company for $100 per share. She sells them for $80 per share six months later. Three weeks after the sale, Harper’s spouse Justin purchases the same publicly traded company shares for $75 per share.
As Harper and her spouse Justin are affiliated and the repurchase of the identical shares occurred less than 30 days after the initial disposition – the loss would be considered superficial. As such Harper would have a $Nil capital loss – however Justin could include the superficial loss (or the loss denied to Harper) as part of his adjusted cost base. He could therefore still take advantage of the loss Harper incurred when he sells those shares to an unaffiliated party.