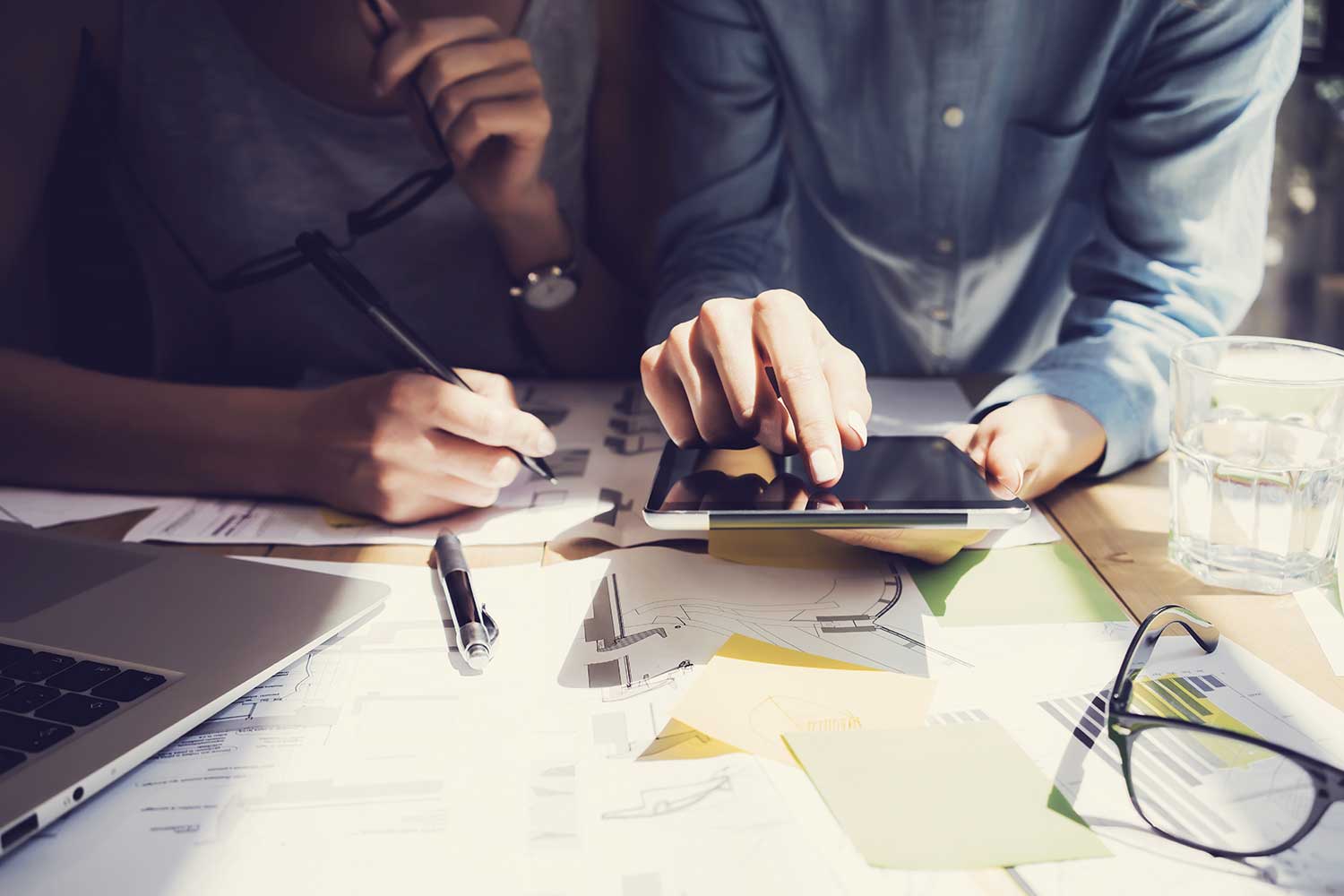 This is an excerpt from a paper written for York University Faculty of Law.

Dividends from a subsidiary corporation to its parent corporation are often though to be tax-free – however this is not a safe assumption. The simple movement of dividends from a subsidiary to its parent corporation using the tax exemptions available under subsection 112(1) or 84(3) of the Income Tax Act (the Act) can be contentious and convoluted when considering the anti-abusive rules in section 55 of the Act. That section allows safe income to move tax-free from a subsidiary to its parent using the relevant provisions subject to safe income rules. However, the seemingly different interpretations of the legislation and related judicial orbiter have put the CRA at odds with the broader tax community on what adjustments (if any) should be made to income, to arrive at safe income as determined in section 55 of the Act. As such, what may be thought to be a tax-free intercorporate dividend could be deemed a taxable capital gain. This confusion has become more intricate after the CRA’s flip flop on their policy that resulted from their changing interpretation of the Kruco case.

Section 55 of the Act has proved to be a convoluted provision and adds significant risk to the taxation of corporate reorganizations when not given appropriate attention. Seemingly inconsistent interpretations by the CRA and its policies and court rulings pose challenges to identify conditions to qualify for tax-deferred reorganizations that specifically utilize tax-free intercorporate dividend transactions.

In reaction to the Kruco case, the CRA’s most recent policy is now to deduct non-deductible expenditures when computing safe income. This research will review at a high level if the adjustments in paragraphs 55((5)(b) and (c) consider non-deductible expenses and the FCA obiter that CRA has based its revised policy on.

The thesis statement to be presented will be, CRA’s contentious position on the required deduction of non-deductible expenses in computing safe income on hand attributable the shares on which intercompany dividends are paid is based on obiter taken out of context and not supported by legislation or the courts.

The taxation of shareholders and business income necessitates a statutory understanding of the Act along with an appreciation of the object, spirit, and purpose of the relevant provisions. As an anti-avoidance provision, the objective of subsection 55(2) is to prevent the conversion of taxable capital gains to tax free inter-corporate dividends. For a better understanding of what this subsection attempts to prevent, an understanding of subsections 112(1), 84(3) and Part IV tax are required, along with a review of pre-Kruco cases to establish a basis for understanding past CRA positions on section 55 as well as the courts interpretations leading to their decision in Kruco.

84(3) Deemed Dividend on Share Redemption
Subsection 84(3) considers the redemption of shares in which the amount paid on that redemption is more than the paid-up capital of those shares. Paragraph 84(3)(a) determines a corporation is deemed to have paid for shares of capital stock that are redeemed, acquired or cancelled. This amount is calculated as the difference between the amount paid and the paid-up capital of the shares redeemed, acquired, or cancelled. Paragraph 84(3)(b) then determines the person who disposed of the shares is deemed to have received a taxable dividend for that same amount. The rule determines that a corporation that repurchases its shares for more than the paid-up capital amount via redemption, acquisition or cancellation is deemed to pay a dividend for the amount paid more than the paid-up capital. However, subsection 112(1) makes an intercorporate dividend tax-free by permitting the corporate taxpayer to take an equivalent deduction.
The operation of subsections 112(1) and 84(3) are subject to the anti-avoidance rules in subsection 55(2), which converts certain dividends that are received tax free into taxable capital gains.

Part IV Tax
As Corporations are generally entitled to deduct dividend income received pursuant to subsection 112(1) when calculating their taxable income, Part IV tax imposes a refundable tax that is only recovered when the dividend is distributed via a dividend to the corporation’s shareholders. Part IV of the Act contains a wide-ranging system intended to avoid the deferral advantages that arise from the payment of portfolio dividends to private corporations.

Section 55(2)
Section 55 is designed to prevent the transformation of a taxable capital gain into a tax-free inter-corporate dividend. The rule is aimed towards transactions or a series of transactions structured to utilize the intercorporate dividend exemptions in subsection 112(1) and deemed dividends under subsection 84(3) that would reduce or eliminate a capital gain that would have otherwise been realized on a disposition of the shares of a corporation at fair market value.

Transactions that are particularly abusive in the CRA’s opinion include an arm’s length sale of shares of a corporation, before, on, or after which, the corporation (or a corporation which acquires the shares), pays a dividend that is not subject to tax which represents all or part of a capital gain which would otherwise have been realized on a sale of the shares.

In cases where only subsection 112(1) applies to intercorporate dividends, the purpose of the dividend will need to be determined. Where the purpose is to minimize the tax on a capital gain that would otherwise be incurred, the purpose would be offside and deem the entire dividend to be a taxable capital gain.

Where subsection 84(3) applies a deemed dividend from the redemption, acquisition or cancellation of shares, the result of the transaction would be considered in the application of subsection 55(2). In this case, where the result of the transaction is the reduction or elimination of a taxable capital gain, the entire dividend is deemed to be a taxable capital gain.

Each of these transactions finds some alleviation under paragraph 55(5)(f) , which allows the portion of dividend attributable to safe income to be designated as an intercorporate dividend, with the remainder deemed as a taxable capital gain.

Safe income is generally the cumulative after-tax income retained within a corporation that is responsible for all or part of a gain on a share sale.

New Rules on 55(2)
The substantial overhaul of subsection 55(2) that affect intercorporate dividends received after April 20, 2015 include amendments to retain the principal framework of this subsection, however, broadly expand the occurrences when the provision may apply. This includes two new purpose tests and restrictions on related party transactions.

The revised subsection 55(3) exception now only applies with respect to a dividend realized on a share redemption under subsection 84(2) and (3).

The purpose test detailed in 55(2.1)(b)(i) has been amended to include both payment and the receipt of the dividend. The CRA has further provided direction that states where a dividend is paid pursuant to a well-established policy of paying regular dividends and the amount of the dividend does not exceed the amount that one would normally expect to receive as a reasonable dividend income return on equity on a comparable listed share issued by a comparable payer corporation in the same industry, the CRA would consider the purpose of the payment of such dividend is not described in proposed paragraph 55(2.1)(b). As such, dividends that have historically been paid will not be offside the purpose test where applicable.

Safe Income
Safe income is generally the taxable income earned or realized after 1971 and subject to adjustments noted in paragraphs 55(5)(b) and (c). As such, safe income is the amount of tax-free intercorporate dividends available, that may be paid without triggering a taxable capital gain under subsection 55(2). The deemed taxable capital gain is therefore the amount attributable to something other than income as determined by a safe income calculation.

55(5) Adjustments to Taxable Income to Arrive at Safe Income
Subsection 55(5) provides instructions to calculate safe income. Paragraph 55(5)(b) refers to corporations that are not private corporations and 55(5)(c) referrers to private corporations. The formula therein determines safe income to be income earned or realized by a corporation with the assumption that no amounts were deducted by reasons of section 37.1 (for taxation years ended before 1995), or paragraph 20(1)(gg) of the Act. The wording of this subsection has been the subject of a number of litigations brought forth by the CRA, with jurisprudence determining the calculation should start with taxable income and only be adjusted for subsections 37.1 and paragraph 20(1)(gg).

The safe income amount after the repealed dates would be limited to the taxable income of the corporation. Specifically, “the income earned or realized by a corporation … is deemed to be its income for the period.”

There is always risk in taking a tax filing position, and if you truly want to know if a dividend issued by a subsidiary to a parent company, a safe income calculation would be necessary.