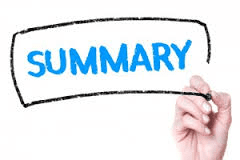 This document is extracted from a paper originally written for York University Faculty of Law by Nizam Shajani.

It used to be simple to move a dividend from a subsidiary to its parent corporation.  If the parent owned more than 10% of the shares, this would have no tax implication and no Part IV tax.  However, the simple movement of dividends from a subsidiary to its parent corporation using the tax exemptions available under subsection 112(1) or 84(3) of the Income Tax Act (the Act) can be contentious and convoluted when considering the anti-abusive rules in section 55 of the Act.

Section 55 has proved to be a convoluted provision and adds significant risk to the taxation of corporate reorganizations when not given appropriate attention.  Seemingly inconsistent interpretations by the CRA and its policies and court rulings pose challenges to identify conditions to qualify for tax-deferred reorganizations that specifically utilize tax-free intercorporate dividend transactions.

Kruco[1] litigates the deemed capital gain resulting from the application of subsection 55(2) and paragraph 55(5)(c) of the Act.  In that case, Kruco was issued a tax-free intercorporate dividend from its subsidiary Krugar in a series of transactions that resulted in a decrease in the taxable capital gain that would have otherwise been deemed.  CRA reassessed Kruco based their calculation of safe income.  Kruco argued that CRA’s administrative policy on calculating safe income resulted in an unauthorized alteration of the definition of income earned or realized as provided by Parliament as the starting point of safe income.[2]

Bernard Krugar owned a holding company named Kruco.  Kruco owned 32.493% of Krugar.  Bernard’s brother, Jean Krugar owned Hicliff.  Hicliff owned 61%of Krugar.  Krugar was one of North America’s largest private pulp and paper companies.  The Krugar brothers had a disagreement that had lasted several years during which time dividends have not been issued from Krugar.  In 1989, an agreement was reached in which Krugar would repurchase its shares from Kruco for $99 million of which Krugar guaranteed $70 million was safe income for purposes of subsection 55(2) of the Act.[3]

As Kruco was a connected corporation to Krugar pursuant to subsection 186(4) and therefor not subject to Part IV tax on dividends deemed issued from Krugar to Kruco.  As such, the dividend that would be deemed to Kruco on the shares repurchase by Krugar would be tax-free to the extent there was safe income to support the amount as set out in section 55.[4]

Krugar had engaged professionals to calculate the amount of safe income.  The calculation was based on the taxable net income on schedule 1 of the corporate tax returns from 1972 onwards, with adjustments made according to subsection 55(5)(c) and other adjustments to reflect non-deductible expenses or deemed income referred to in section 17 of the Act.   The CRA reassessed based on three adjustments of their own.[5]

The third CRA adjustment was like the second.  An adjust to undepreciated capital cost of assets held by Krugar was reduced under paragraph 12(1)(t), which in turn resulted in a lower depreciation that could be taken.  Using the ‘phantom income’ justification, CRA decreased safe income to Krugar by $6,355,999.  Kruco’s share of the decrease was $2,065,255.[8]

The CRA position was based on the calculation of safe income requiring adjustments to the safe income available in Krugar to be distributed to Kruco.  CRA argued its administrative policy on adjusting for phantom income was readily available from its presentation at the Canadian Tax Foundation in 1988 dubbed Robertson’s Rules.[10]

Kruco disputed the principle of the adjustments made by the CRA, noting a change in policy on how safe income was calculated. It was the appellant’s position that CRA applied its administrative policy retroactively.[11]

Justice Dussault (TCC) read into the principal argument of the retroactive application of the administrative policy to also consider the policy itself as not being established by parliament, but rather CRA’s own fallible interpretation.  He determined that Parliament has indicated adjustments to safe income were contained in subsection 55(5)(c) to only include adjustments related to paragraph 20(1)(gg) or section 37.1.  As such, the negative adjustments based on ‘phantom income’ for the second and third adjustments made by the CRA was specifically rejected.  He noted if Parliament intended other adjustments to safe income, it would have noted this in the legislation.[12]

Justice Dussault also referenced several cases that resulted in adjustments to safe income for amounts on hand that included amounts for taxes paid, dividends paid, non-deductible expenses and losses of foreign affiliates.  However, of significance was the adjustments in these cases reflected cash flow from the balance sheet and not adjustments to the calculation of income. [13]

Finally, Justice Dussault noted the adjustments made by the CRA would have resulted in a double taxation, once as regular income to Kurgar and then as a capital gain to Kruco.  He noted this is not in the spirit and letter of the provisions of section 55.[14]

The is a line between administrative practice and actual legislation as well as a finer line between legislation and its interpretation by the courts.  At paragraph [111] of his ruling, Justice Dussault explains this.  “In considering the reasons for enacting section 55, the Court, while attempting to construe legislation and regulations in light of that purpose, cannot properly make determinations beyond a reasonable interpretation of same.  To do otherwise would be tantamount, not to interpreting, but to rewriting, legislation.”[15]

The Kruco case specifically limits any adjustments to safe income to what has been legislated in paragraph 55(5)(c), citing a deviation from this would-be rewriting legislation.[16]

Ate the same time, Kruco allows for the deduction from safe income the taxpayers share of the $2,000,000 loan.

In reaction to the Kruco case, the CRA’s most recent policy is now to deduct non-deductible expenditures when computing safe income.[17]  I recently wrote a paper with a thesis that CRA’s contentious position on the required deduction of non-deductible expenses in computing safe income on hand attributable the shares on which intercompany dividends are paid is based on obiter taken out of context and not supported by legislation or the courts.  The paper concludes with my opinion that CRA is out of line with the judicial rulings, the paper cautions that the CRA policy lacks key definitions on non-deductible expenses for purposes of the safe income on hand calculations and whereas the CRA interpretation on subsection 55(2) have often been wrong, the CRA has not been reluctant to test its position and policies in court.