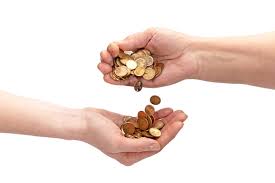 Although income splitting with your children has become difficult, there is still some opportunities currently available that include using marketable securities, a Trust and a tax professional.

The introduction of TOSI and section 120.4

In reaction to a series of court losses (by the government) when applying attribution rules and new income splitting strategies being used by tax planners, the 1999 federal budget proposed taxing individuals under the age of 18 at the highest marginal tax rate.  These rules were detailed in section 120.4 of the Act entitled ‘tax on split income’ and dubbed the ‘kiddie tax rules’ and effective January 1, 2000 onwards.  The tax on split income (TOSI) applied to specified individuals who included individuals under the age of 18 that were Canadian residents and had at least one Canadian resident parent.  Split income included dividends, benefits and income receive from a partnership or a trust.  These revised rules made income splitting with children under the age of 18 punitive as the income would be taxed at the highest marginal tax rate (Donnelly, 2000).

It is interesting to note the legislated response to the court cases only addressed income split with minor children and maintained the ability to split income with spouses and adult children (however this has been revised in recent legislation amending section 120.4).  There was significant opposition to the kiddie tax legislation when it was first introduced, including an outcry on fairness.  The fairness issue was brought up in the case Jeannotte v. The Queen, 2011.  This case was like Ferrel.   Jeannotte, was represented by her grandfather as she was a minor.  Jeanotte received dividend income via a trust that was set up as part of a reorganization.  Justice Miller stated that the court must take the statute as it finds it and the court does not have the power to make an exception on fairness.  Jeannotte’s appeal was therefore dismissed.

The new legislation also had the affect of self attribution to avoid the punitive TOSI.  In the case of Demers v. The Queen, 2006, the appellant successfully argued against the legitimacy of dividends issued to his children based on shares that were issued prior to 2000 when splitting income via dividends was good tax planning.  Although the only change to this plan resulted in the dividends issued to the appellant’s children would now be taxed at the highest tax rates – the new rule clearly had an impact on the application of the attribution rules.  While arguing TOSI, the minister was successful on attribution.

The series of wins under the 1999 TOSI rules have likely been taken into consideration when expanding these rules to adults in 2018.

What the 1999 Kiddie Tax rules did not include

Section 120.4 of the Act (“kiddie tax” rules) is worse than attributing income of a child under the age of 18 back to the parent attempting to split the income, rather the kiddie tax will apply the highest marginal tax rate to the income earned by the minor.  This income originally only included dividends, however as tax planners found ways to use tax reorganizations to convert dividends into capital gains, legislation was revised in 2011 to expand this section of the act to tax as dividends and at the highest rates, the disposition of shares of certain corporations.  This tax on split income (TOSI) would include capital gains realized by, or included in the income of a minor from the disposition of shares of a corporation, if taxable dividends on the shares would have been subject to TOSI.

However, this did not include all capital gains.  Specifically excluded from TOSI are the sale of shares listed on designated exchanges, shares of mutual fund corporations or “excluded amounts”.

Assets that generate capital gains in a Trust are not subject to the kiddie tax rules.  As such, utilizing a Trust is an effective tool to avoid the kiddie tax.  Income earned by a Trust can flow though the Trust and be taxed in a minor’s hands at their (lower) tax rate.  While assets transferred to the Trust would be done at fair market value and may result in a taxable disposition, proper tax planning could freeze this gain to allow all future capital gains to be generated in the Trust from which the funds could then be distributed to beneficiaries, including minors, without additional tax.

There are complexities to this plan and of course, a professional tax planner should be used.