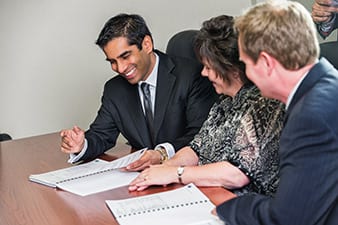 This document is extracted from a paper originally written for York University Faculty of Law by Nizam Shajani.

Transferring property from yourself to your corporation or from one corporation that you own to another could result in a tax liability if not done correctly. This is usually done through a section 85 rollover, however there are several considerations within these rules that should be considered.

The transfer of an asset by a taxpayer to a corporation owned by the taxpayer results in a deemed disposition at fair market value under s. 69(5) and a capital gain under s. 84(2). S. 85 provides a provision to defer the capital gain.

Tracking the adjusted cost base (ACB) and paid up capital (PUC) within a reorganization that include a series of steps becomes important. S. 85(1) allows a taxpayer to transfer certain property to a taxable Canadian corporation while minimizing the tax impact. If it were not for this section, the transfer of property from one taxpayer to another would result in a gain or loss based on the fair market value of the property less the cost base of that property.

The following conditions must be met for this section to apply.

Specifically excluded from eligible property is the following:

It should also be noted that cash and accounts receivable are not considered capital property for purposes of eligible property within this section.

Boot may consist of cash, other assets or debt.

The section 85 election is a joint election with the transferor and the transferee. The prescribed form to make the election is a T2057 and all assets transferred must be listed on this form. Any assets not listed would be deemed to be transferred at fair market value. Late and amended elections are permitted, with a penalty of up to $100 per month for a maximum of $8,000 (Chartered Professional Accountants Canada, 2015).

The elected amount must fall within a range.

Upper limit is the fair market value of the assets transferred.

The lower limit is the greater of two amounts:

The ACB to the transferor is determined by the following sequence of allocating the elected amount:

PUC is the legal stated capital, or the fair market value of the consideration given for the shares. This amount can be returned to the shareholder tax free. Recognizing the possibility of a lower elected amount would result in a higher tax-free return of capital otherwise, section 85 includes a PUC reduction calculation as follows:

B is the elected amount less boot

C is the fair market value of the class of shares

Without the PUC reduction calculation, the shareholder could receive an amount higher than the ACB of the shares on a tax-free return of capital.

The reduction will result in the total PUC to equal the total ACB of the shares. As such, the corporation could repurchase the shares from the shareholder tax free at the reduced amount that would equal the ACB.

The economic substance of this transaction is real. Property has been provided. Any boot taken will decrease the ACB and PUC. However, the elected amount allows for a deferral of the gain. The taxpayer contributing the property is given the opportunity to realize the capital gain on the property contributed now or sometime in the future (Duff, 2019).

Where the s 85 is used correctly, the tax deferral received can be extremely lucrative to the transferor of the asset. Of course, a tax professional should be used to ensure this transaction is done correctly.