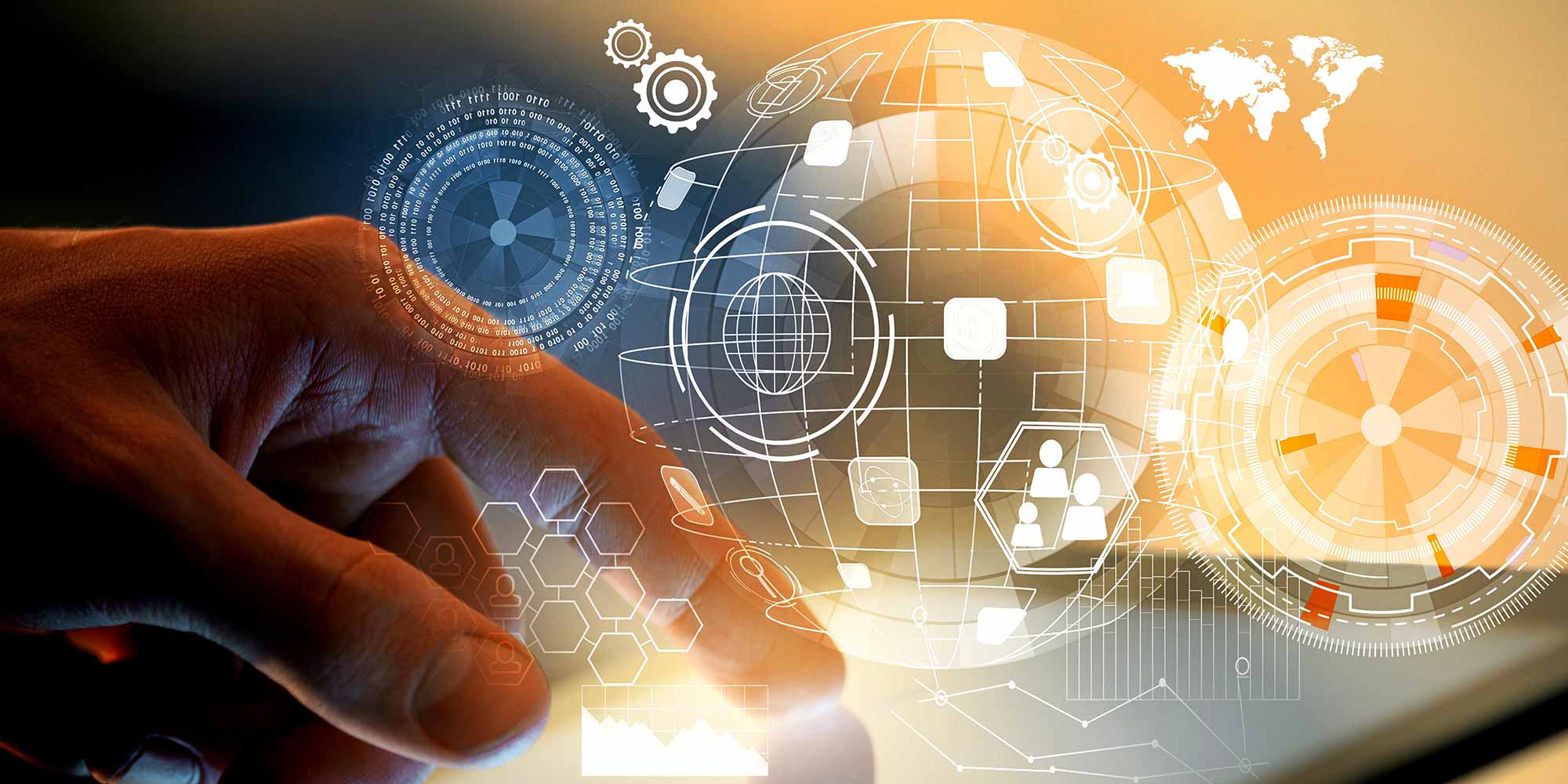 Surplus stripping is back in the news with recent changes to legislation.  This makes it imperative to understand past court decisions on this matter.  Surplus stripping allows a taxpayer to receive funds that that have been earned by a corporation and subjected only to the corporate tax rates, without paying the personal dividend tax rate.  The combined corporate tax rates and the personal tax rates aim to achieve a level of integration (where the method of remuneration of an individual taxpayer should not matter).  However, where the personal rate is discounted using the capital gains rates rather than dividend rates, the taxpayer will save on the differential.  Justice Bonnar noted in his Evans orbiter, “the SCC has noted we cannot find there is some overarching principle in the Act that requires corporate distributions to shareholders be taxed as dividends”.[1]  The orbiter is respectfully debatable and best explored through an analysis of related legislation and relevant cases.

It was in the environment of double taxation of the 1930s and the first anti-surplus stripping rules that the one of the first surplus stripping cases was argued by the Minister of National Revenue.  That case worked its way to the Supreme Court of Canada (SCC).  In Smythe v. MNR,[2] the taxpayers owned the shares of a corporation (old company) with $728,000 in undistributed surplus and $2,000,000 in assets.  In a series of steps, the taxpayers incorporated a new company (new co), sold the assets from old company to new co for $2,700,000 and took back a promissory note.  New co received bank financing and used those funds to repay old company.  Old company then purchased preferred shares in two Vancouver companies with those funds and the Vancouver company purchased the shares of old company from the taxpayers.[3]

The result was the assets and business continued to be owned by the new co, which continued to be owned by the same original shareholder taxpayers as was held originally via old company.  The taxpayers had extracted the surplus from old company via a capital gain.  The SCC found the transactions to be artificial and a scheme to appropriate the undistributed income on hand of the old company under the then section 81(1), which read:

“Where funds or property of a corporation have, at a time when the corporation had undistributed income on hand, been distributed or otherwise appropriated in any manner whatsoever to or for the benefit of one or more of its shareholders on the winding-up, discontinuance or re-organization of its business, a dividend shall be deemed to have been received at that time by each shareholder…”[4]

Section 84(2)[5] of the current Act would most closely resemble the basis of the Smythe decision.  The section reads:

“Where funds or property of a corporation resident in Canada have at any time after March 31, 1977 been distributed or otherwise appropriated in any manner whatever to or for the benefit of the shareholders of any class of shares in its capital stock, on the winding-up, discontinuance or reorganization of its business, the corporation shall be deemed to have paid at that time a dividend on the shares of that class…”[6]

In McNichol,[7] the facts of the case are like the Smythe case.  In McNichol, the taxpayer held property in a corporation.  The taxpayers had also jointly operated a law firm from that property, qualifying the building as an asset actively used in their business.  The corporation sold the building for $600,000.  After capital dividends were distributed, $318,000 in cash remained in the corporation.  Rather than issue a dividend on wind-up, the taxpayers sold the shares of the corporation with the cash to a third-party corporation for $300,000.  The third party financed this acquisition via bank financing and pledged the cash assets of the acquired company as collateral.  The taxpayers claimed LCGE on the sale of the shares, resulting in no tax on this transaction.  The purchaser corporation subsequently amalgamated with the newly acquired company and used the funds to repay the bank loan. The MNR reassessed the taxpayers under section 245, 84(2) and 84.1.[8]

Although the taxpayer lost at the appeals level by applying section 245 GAAR,[9] it was important to note section 84(2)[10] was specifically found not to apply in this case by Justice Bonner because the $300,000 payment was not funds of the corporation distributed on the winding-up, discontinuance or reorganization of its business.  The funds received by the taxpayers were those financed by the purchasing corporation from a third-party lender.[11]

While both Smyth and McNichol utilized third party lenders, the interpretation of the surplus stripping rules were very different.  The original 81(1)[12] version specifically referred to undistributed income on hand, whereas the current 84(2)[13] version is broader and does not refer to surplus.  It is interesting that the text of the original rules was more in line with integration at a time when integration was not of significance in tax policy.

Nonetheless, the facts of this case support a successful surplus strip, but for the application of GAAR.  The shareholders of the purchasing company will not be issued dividends and therefore the levels of tax paid on the income earned by the corporation would only be the corporate tax and tax at the discounted capital gains rate.  Integration is lost in McNichol.  The sale is to a third party, however there may be an agency argument on this transaction.

Four months after the McNicol decision, RMM Canadian Enterprises Inc.[14] was also brought to the courts.  The facts in this case presented a US company that sold the shares of its Canadian subsidiary (Subco) to RMM, a Canadian corporation, treating the transaction as a capital gain.  At the time Subco had $3 million in cash and $1.5 million in tax receivables.  After the sale, RMM amalgamated with the subsidiary.  The business of the subsidiary was not continued.  MNR reassessed RMM for failing to withhold on the dividends deemed to be issued to the US company, noting those funds were received on the “winding-up or discontinuance” under section 84(2) and otherwise section 245 GAAR applied.  Interestingly the orbiter by Justice Bowman here was “That the funds paid to EC by RMM were borrowed from the bank and then immediately repaid out of EL’s money was not a sufficient basis for ignoring the words “in any manner whatever” in 84(2).[15]

The words “distributed or otherwise appropriated in any manner whatever on the winding-up, discontinuance or reorganization of its business” are words of the widest import, and cover a large variety of ways in which corporate funds can end up in a shareholder’s hands.”[16]  It was found the transaction failed under both sections 84(2) and 245 GAAR.  It was also found section 212.1 applied.[17]

It is important to note that the facts of this case underline that no personal tax would be paid on the extraction of funds from Subco.  This is an important determinant in the taxpayer loss on both the surplus stripping rules as well as under GAAR.

Both the McNicol and the RMM case concluded that there was a scheme in the Act against the surplus stripping rules.  Justice Bowman noted in his orbiter “… the Income Tax Act, read as a whole, envisages that a distribution of corporate surplus to shareholders is to be taxed as a payment of dividends.  A form of transaction that is otherwise devoid of any commercial objective, and that has as its real purpose the extraction of corporate surplus and the avoidance of the ordinary consequences of such a distribution, is an abuse of the Act as a whole.”[18]  However, this orbiter was amended in Justice Bowman’s decision in Evans.

Note section 212.1 deals with the sale of shares by non-residents which has not been considered in this paper for brevity.

In Evens,[19] Justice Bonner addressed the previous cases directly.  “These cases were early general anti-avoidance rule cases and we did not have the benefit of the Supreme Court of Canada’s guidance that we have today.  If we had the benefit of the Supreme Court of Canada’s views, our analysis might have been quite different.  The principal basis of my decision in RMM Canadian Enterprises Inc. was subsection 84(2) of the Income Tax Act.  One must bear in mind that what the appellants were attempting to circumvent in RMM and McNichol was subsection 84(2).  That is not the situation here.”[20]  The orbiter suggests the rulings on GAAR could be different had the case been heard after the Canada Trustco case ruling from the SCC.

In Evans v. R[21], the taxpayer owned a professional corporation (PC).  That PC issued a stock dividend to the taxpayer of $487,000 in class B shares.  Those shares were sold to a partnership formed by the taxpayer’s wife and three children for a promissory note and the taxpayer claimed a capital gain on that sale.  The taxpayer claimed the LCGE on the transaction and paid no tax.  In the years that followed, the partnership was issued dividends by the PC while redeeming the class B shares.  The taxpayer’s wife and children included their share of the partnership income on their personal returns – resulting in minimal if any tax payable.  The partnership repaid the note to the taxpayer each time a dividend was received from the PC.   The MNR reassessed all amounts received by the taxpayer as a dividend using section 245 of the Act[22] and evaluating the transaction to be a surplus strip.  Justice Bowman considered Canada Trustco Mortgage Co[23], Mathew, McNichol[24] and RMM[25] cases, and found the object, spirit or purpose of the Act were not defeated and therefore the transaction was not abusive.[26]

In his orbiter, Justice Bowman said “The only basis upon which I could uphold the Minister’s application of section 245 would be to find that there is some overarching principle of Canadian tax law that requires that corporate distributions to shareholders must be taxed as dividends, and where they are not the Minister is permitted to ignore half a dozen specific sections of the Act. This is precisely what the Supreme Court of Canada has said we cannot do.”[27]  On the surface, this orbiter has been an indication there is no overarching principal in the Act against surplus stripping.  However, it can be argued that surplus stripping was not achieved in Evens.

The TCC found that subsection 84(2) did not apply as the funds received by the taxpayer were received in their capacity as creditors and that section 245 was not found to be abusive.  Specifically, the TCC warned that “84(2) should not operate beyond its express language to become GAAR”.[30]  On appeal the FCA narrowed in on the words “in any manner whatsoever” and overruled the subsection 84(2) interpretation, finding that the taxpayer had a deemed dividend.  The FCA did not comment on the GAAR.  However, there was direction provided in the interpretation of 84(2) with three queries to be considered:

[15] Ibid at paragraph on holding

[16] Ibid at paragraph on holding

Shajani is well position to advise on strategies on minimizing tax and probate fees.