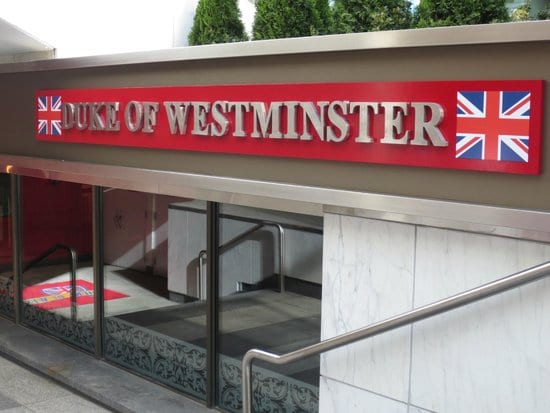 The Commissioners of Inland Revenue v. His Grace The Duke of Westminster is a 1936 case that has become infamous for the orbiter often quoted from the appeal court justice Lord Tomlin who famously said

“every man is entitled, if he can, to order his affairs so that the tax attaching under the appropriate Acts is less than it otherwise would be.  If he succeeds in ordering them so as to secure this result, then, however unappreciative the Commissioners of Inland Revenue or his fellow taxpayers may be of his ingenuity, he cannot be compelled to pay an increased tax.”[1]

This is a foundational case in tax law and pivotal in formulating a tax plan and providing tax advice.  The case underlines the right of a taxpayer to arrange their affairs to result in tax avoidance so long as it is within the rules of the Act.  This case and comments within should be read in conjunction with our blog on the general anti avoidance rules (GAAR).

In his 1930, 1931 and 1932 tax filings, His Grace The Duke of Westminster (the Duke) made payments to his personal employees and deducted the same in calculating his sur-tax.

The Duke had signed deeds with six of his personal staff that recognized for past services rendered, the Duke would make weekly payments to those individuals for a period of seven years.  The payments would have to be made regardless of any services that would or would not be provided.  The staff remained in service to the Duke.  The payments were set up to qualify for deductions to the Duke.

“Whereas in recognition of the services which for over twenty seven years past the Annuitant has well and faithfully rendered to the Duke the Duke desires to make provision for the Annuitant in manner hereinafter expressed notwithstanding that the Annuitant may re-engage or continue in the service of the Duke in which event he will become entitled to remuneration in respect of such future service.

Now this deed made in furtherance of the Duke’s said desire and in consideration of the past services so rendered as aforesaid witnesses as follows:

1.The Duke covenants to pay to the Annuitant as from the 2nd day of August One thousand nine hundred and thirty during the joint lives of himself and of the Annuitant or for a period of seven years the weekly sum of One pound eighteen shillings (amounting in each year to the sum of Ninety eight pounds sixteen shillings) the first of such payments having fallen to be made on the 9th day of August 1930.

3.It is hereby expressly agreed that the said payments are without prejudice to such remuneration as the Annuitant will become entitled to in respect of such services (if any) as the Annuitant may hereafter render to the Duke”[2]

The deeds were accompanied with letters that underlined there is nothing preventing the employees from being entitled to and claiming the full remuneration for future work, however it was expected those employees would be satisfied with the provisions made in the legally binding deed.

The Inland Revenue position was that the payments made to the staff were wages and those wages were for personal services that were not deductible.  It was their position the deed was a sham.

The Duke’s position was the payments were made according to signed deeds and set up as a pension for past services that could be deducted under the rules in place at that time.  These payments would continue regardless of continued service.  The facts supported the six deeds in place were for employees with long records of service to the Duke.

The court would need to determine if any of the payments made under the deeds of covenant constitute annual payments that were deductible.  In this regard, the court would consider if the Inland Revenue had made an error in law.

The court noted the Crown agreed if no further service was being provided, the rules allowed for the deduction of the weekly payments under Rule 19 of the Income Tax Act of 1918.  The court found it difficult to reconcile the Inland Revenues’ validity of the deduction when the employees continued service whereas delegitimizing the deed when the employees remained in the Duke’s service.

The Inland Revenue held the deed’s to be genuine covenants that were effective where no service was rendered, however the payments should be considered as a salary or wage while the recipient continued employment.  While the court initially found this argument valid and ruled the payment would be considered remuneration for services rendered, the appeal court disagreed.

The court of appeal reasoning found that unless the whole deed were set aside, the agreement must stand for what they are and as effective.  The appeal court found it difficult to set aside the validity of the deed while the recipients were in the Duke’s employment and then reinstate them after their services ended.

The appeal was allowed with costs and the deductions for the weekly payments as part of the deed were permitted.

The Duke of Westminster principle is one that underlines that a taxpayer is permitted to arrange their affairs to minimize tax.  The Supreme Court of Canada has reaffirmed the Duke of Westminster principal many times (see Shell Canada v. The Queen 1996).  The principal stresses the literal meaning of the text of the Act on the basis of legal form that has legitimized tax avoidance planning and transactions.  While there has been a debate on substance over form in the tax law community, the Supreme Court continues to favor the literal interpretations in the precedent set by this case.[3]

Shajani LLP utilizes this case to substantiate corporate reorganizations and tax plans for our clients.  Talk to us for your tax reorganization needs.

[1] The Commissioners of Inland Revenue and His Grace The Dude of Westminster, Appeal cases before the house of lords and the judicial committee of his majesty’s most honourable privy council, (1936)